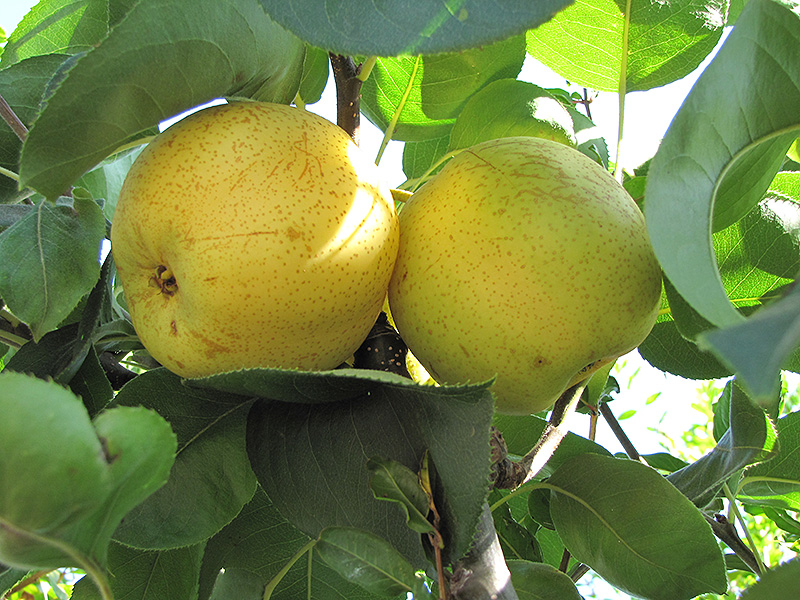 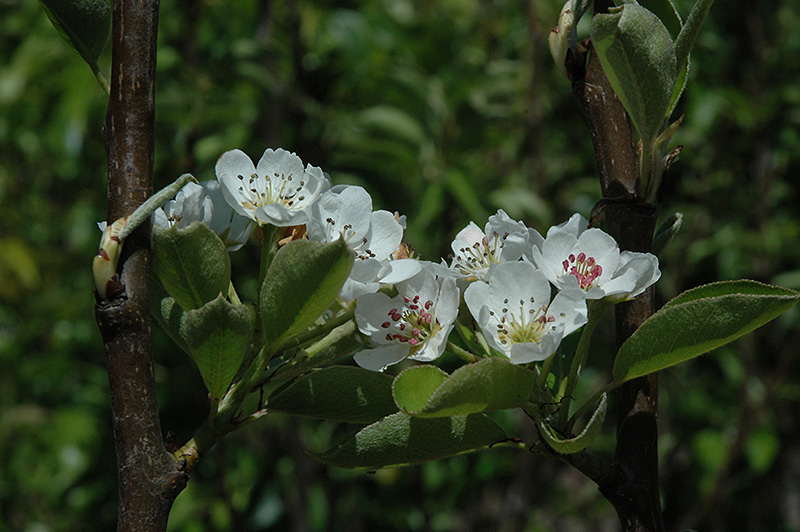 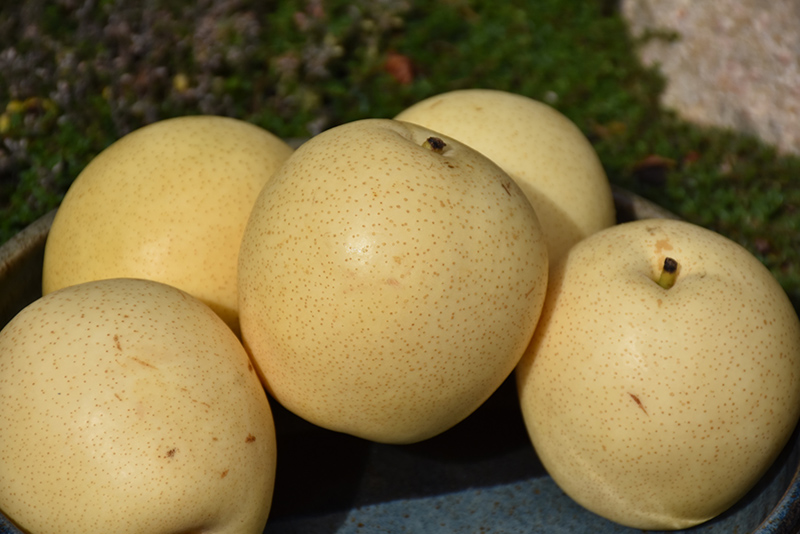 One of the hardiest Asian pear varieties, this upright, spreading tree produces delicious, firm and juicy yellow fruit in summer; flowers profusely in early spring, and in fall, produces a striking orange-red display

Shinseiki Asian Pear is a medium-sized tree that is typically grown for its edible qualities. It produces yellow round pears (which are botanically known as 'pomes') with white flesh which are usually ready for picking in late summer. The pears have a sweet taste and a crisp texture.

The pears are most often used in the following ways:

Shinseiki Asian Pear is clothed in stunning clusters of white flowers with pink anthers along the branches in early spring before the leaves. It has dark green deciduous foliage. The glossy pointy leaves turn an outstanding tomato-orange in the fall. The fruits are showy yellow pears carried in abundance in late summer. The fruit can be messy if allowed to drop on the lawn or walkways, and may require occasional clean-up.

This is a deciduous tree with an upright spreading habit of growth. Its average texture blends into the landscape, but can be balanced by one or two finer or coarser trees or shrubs for an effective composition. This is a high maintenance plant that will require regular care and upkeep, and is best pruned in late winter once the threat of extreme cold has passed. Gardeners should be aware of the following characteristic(s) that may warrant special consideration;

Aside from its primary use as an edible, Shinseiki Asian Pear is sutiable for the following landscape applications;

Shinseiki Asian Pear will grow to be about 25 feet tall at maturity, with a spread of 20 feet. It has a low canopy with a typical clearance of 4 feet from the ground, and is suitable for planting under power lines. It grows at a fast rate, and under ideal conditions can be expected to live for 50 years or more. This variety requires a different selection of the same species growing nearby in order to set fruit.

This tree is typically grown in a designated area of the yard because of its mature size and spread. It should only be grown in full sunlight. It does best in average to evenly moist conditions, but will not tolerate standing water. It may require supplemental watering during periods of drought or extended heat. It is not particular as to soil type or pH. It is highly tolerant of urban pollution and will even thrive in inner city environments. This is a selected variety of a species not originally from North America.